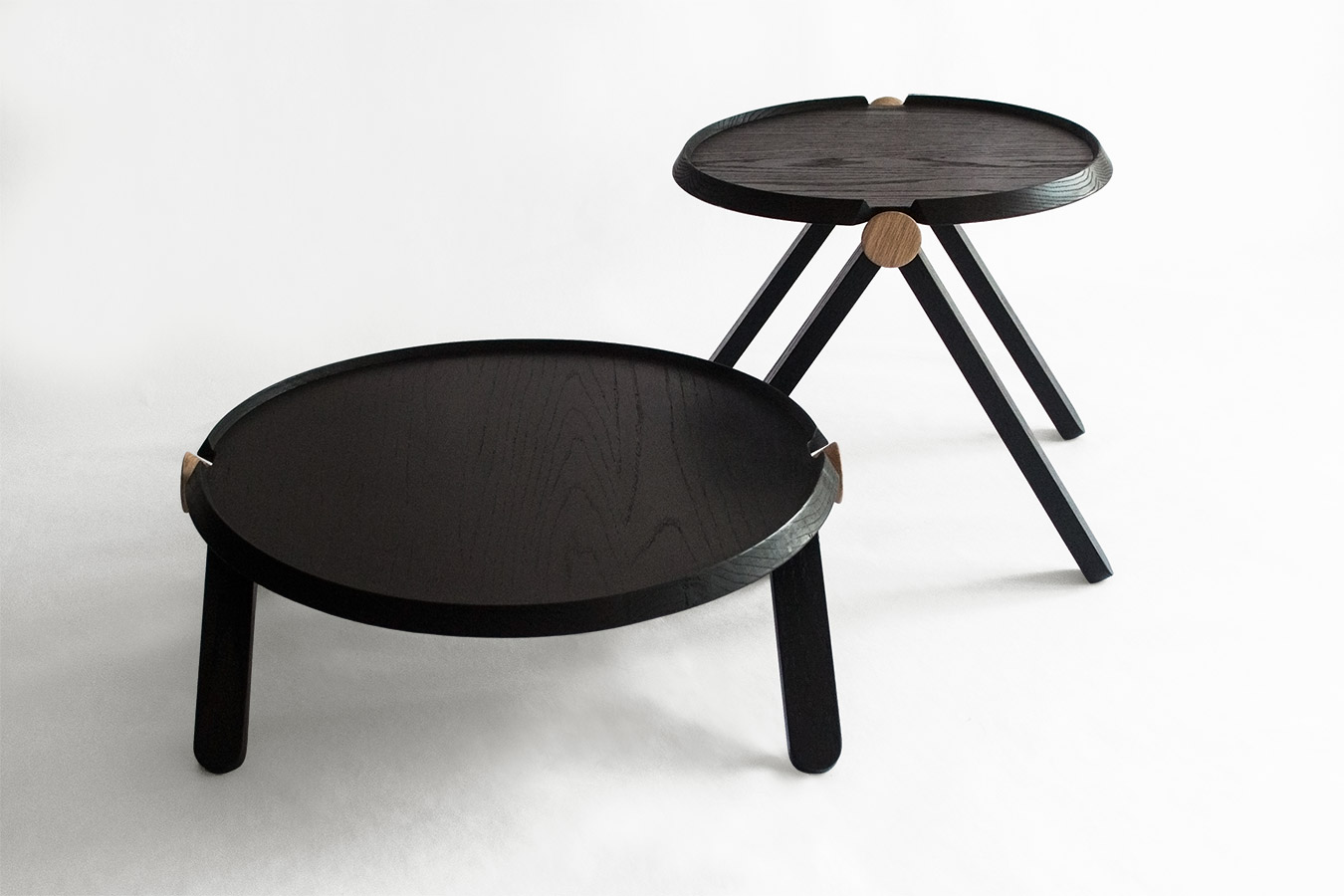 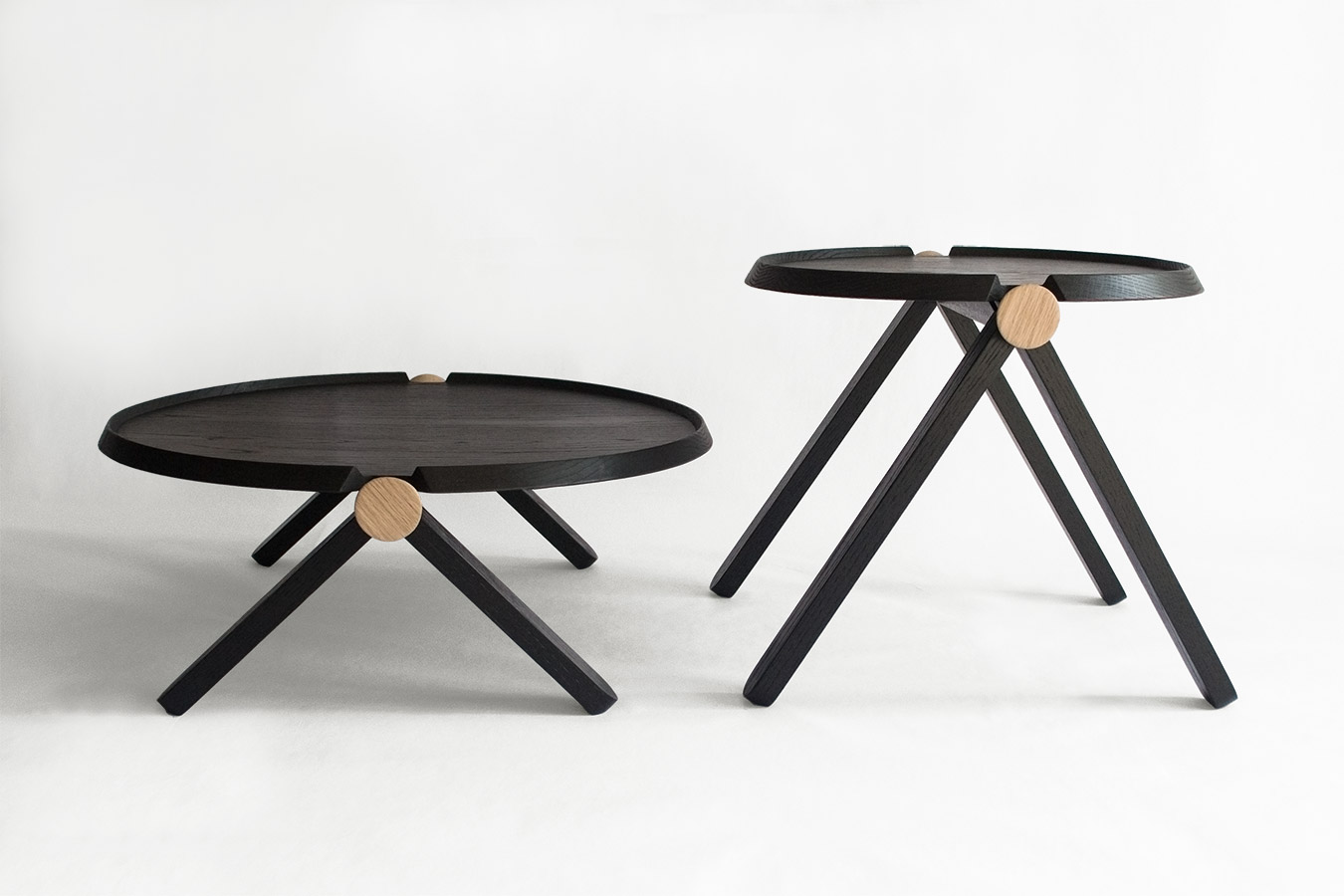 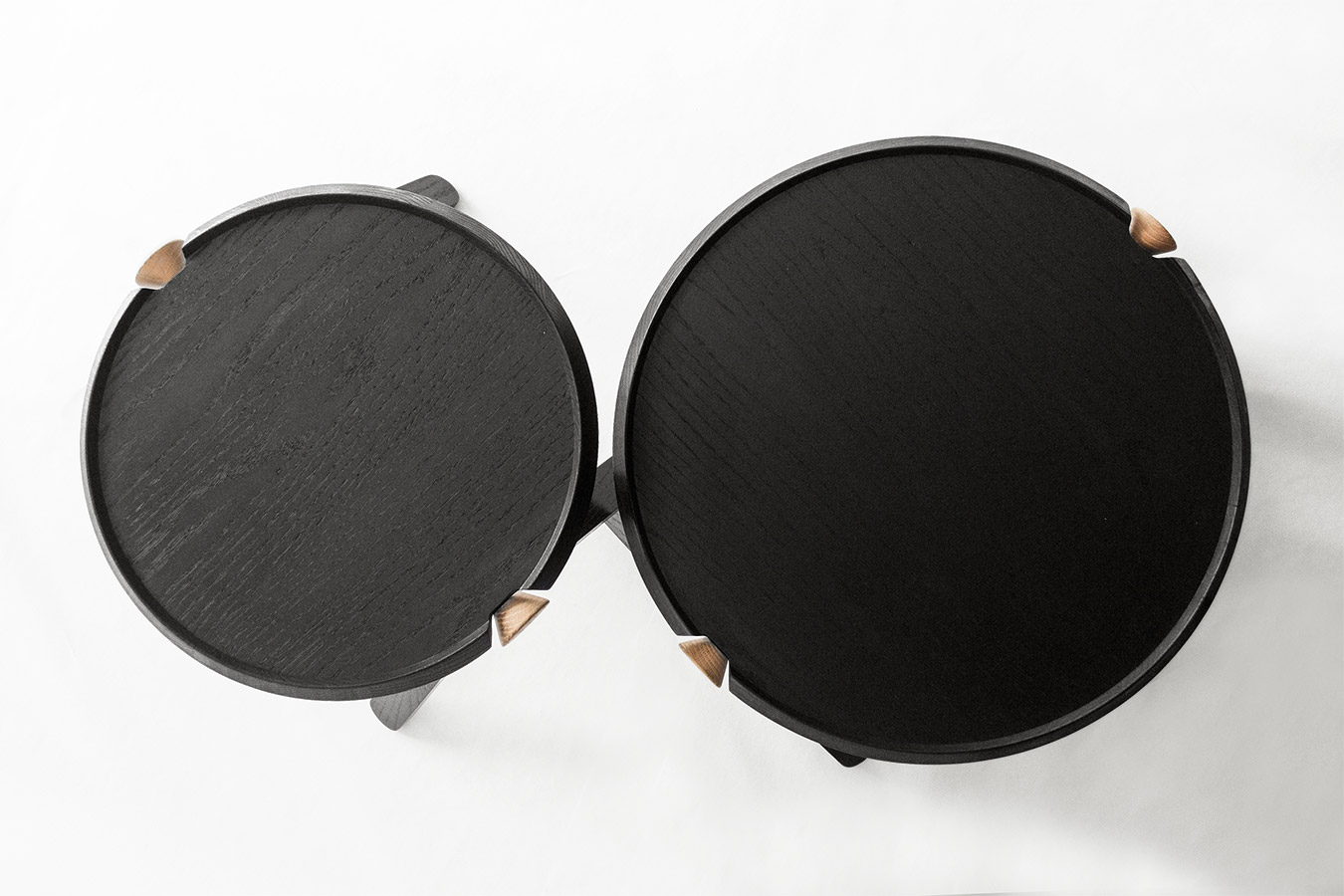 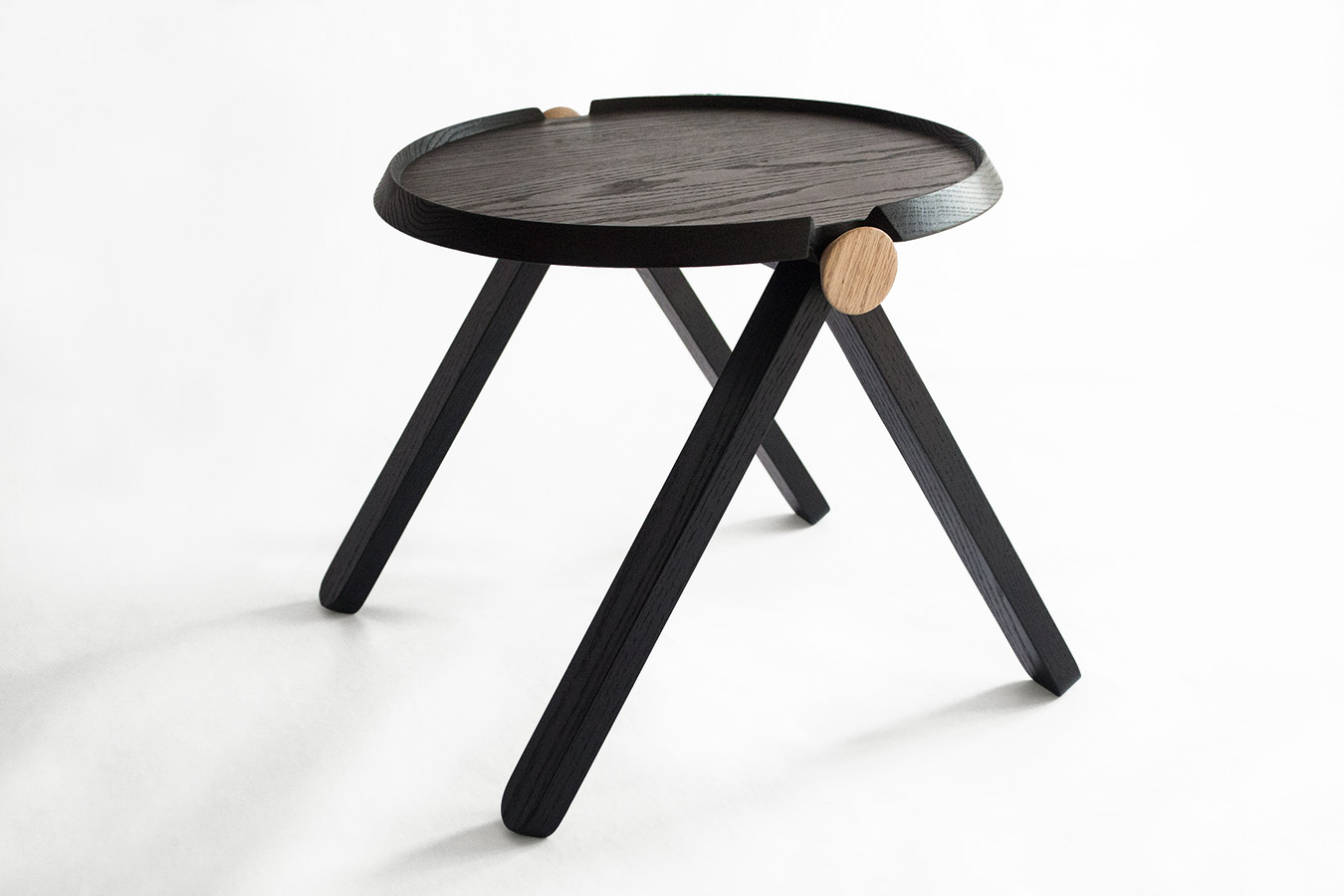 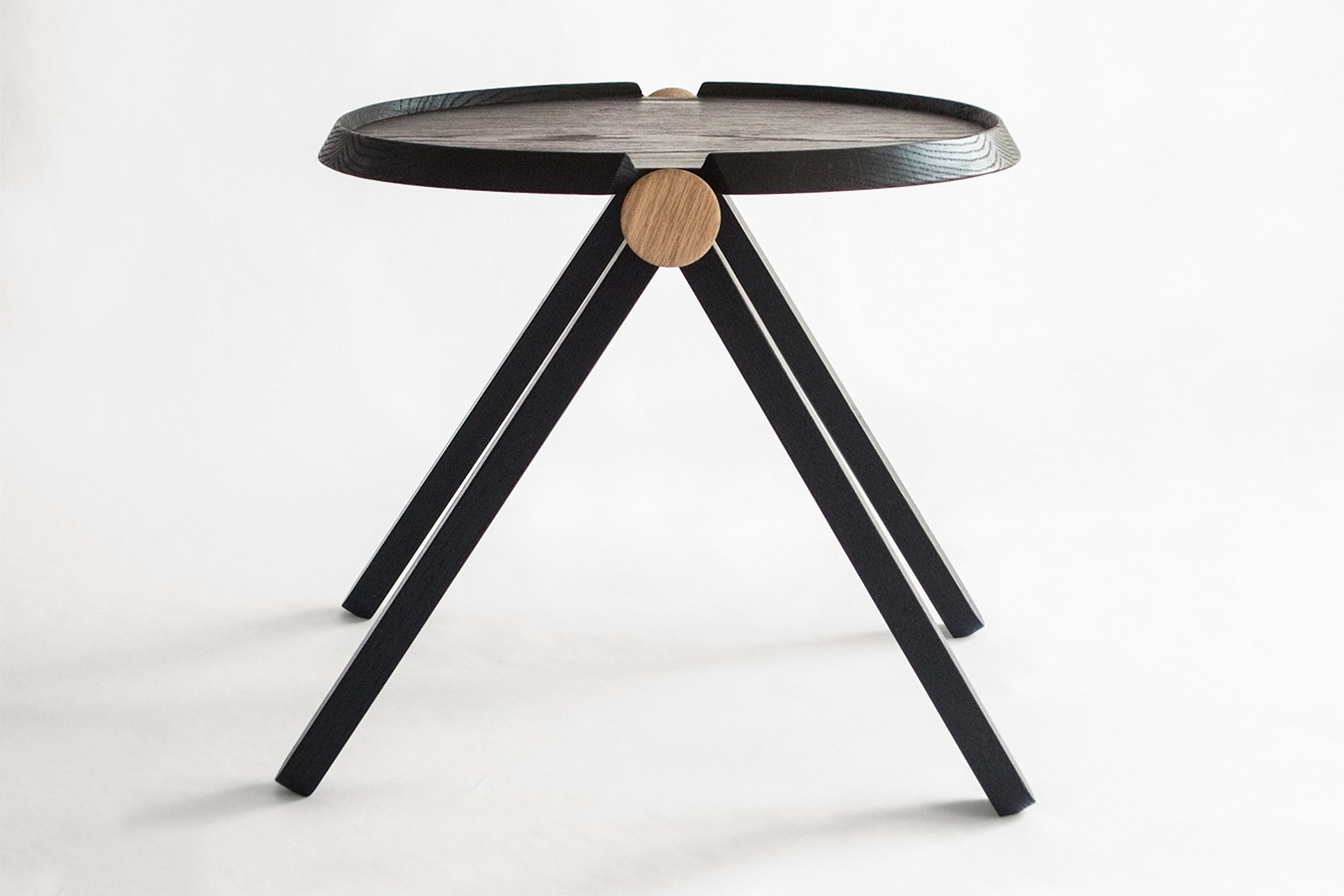 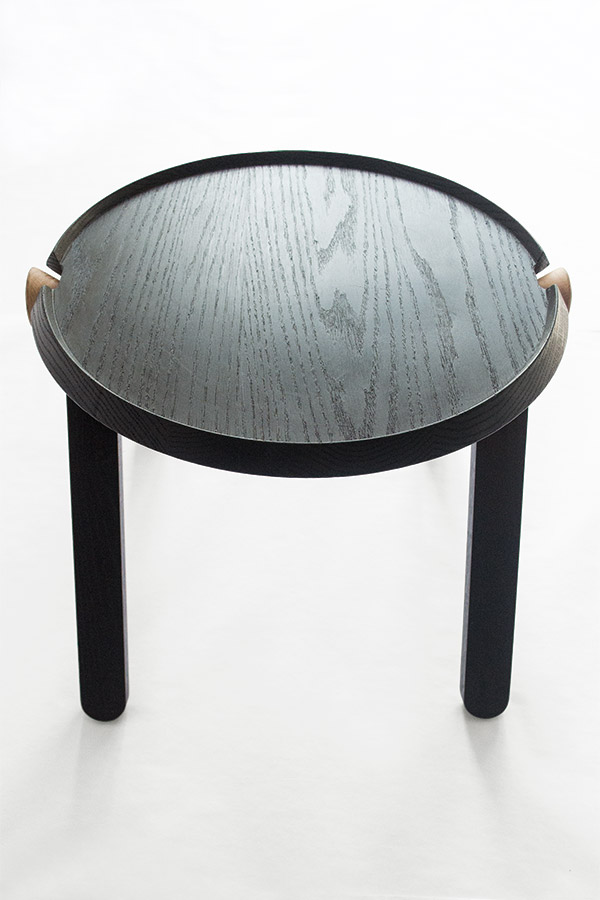 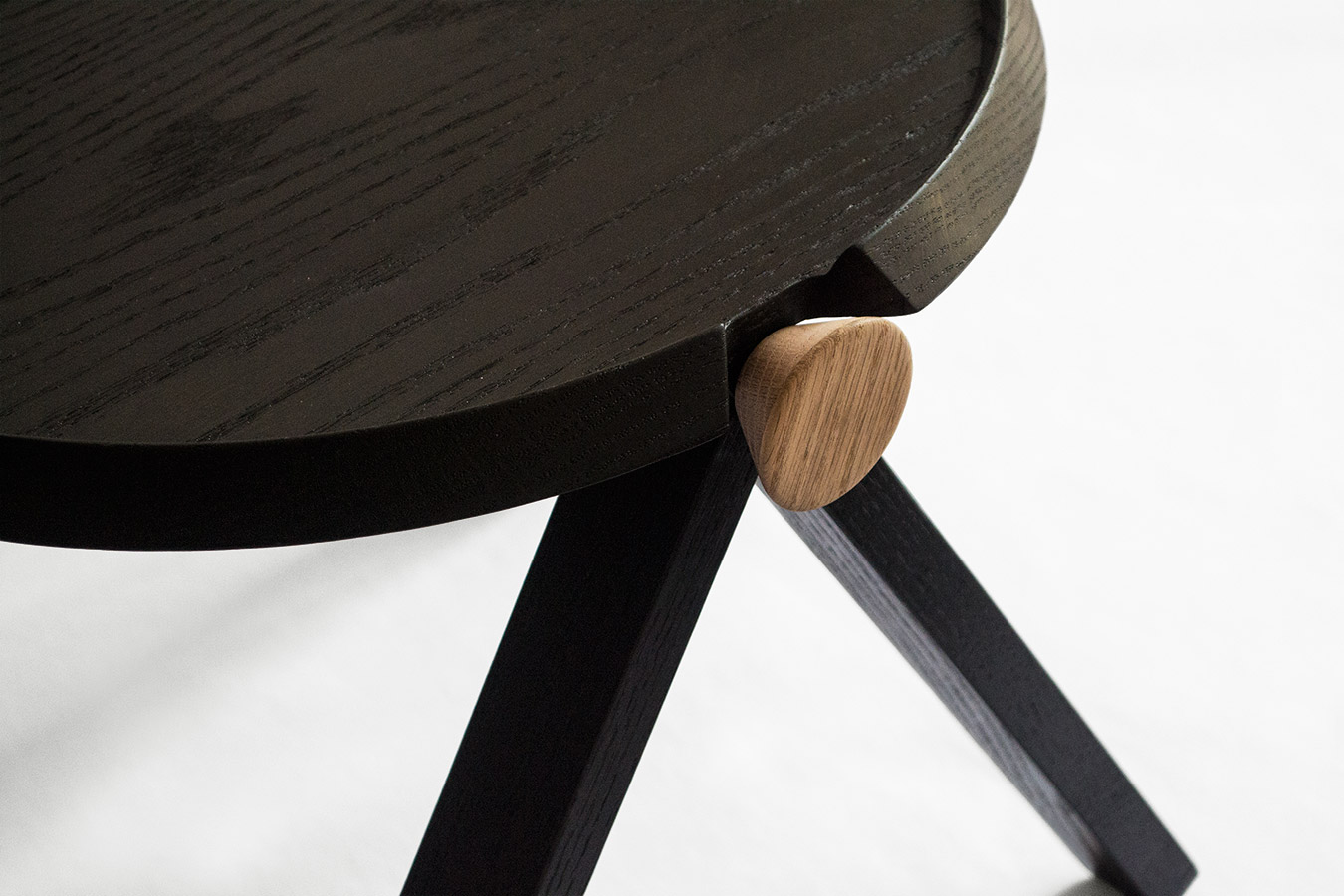 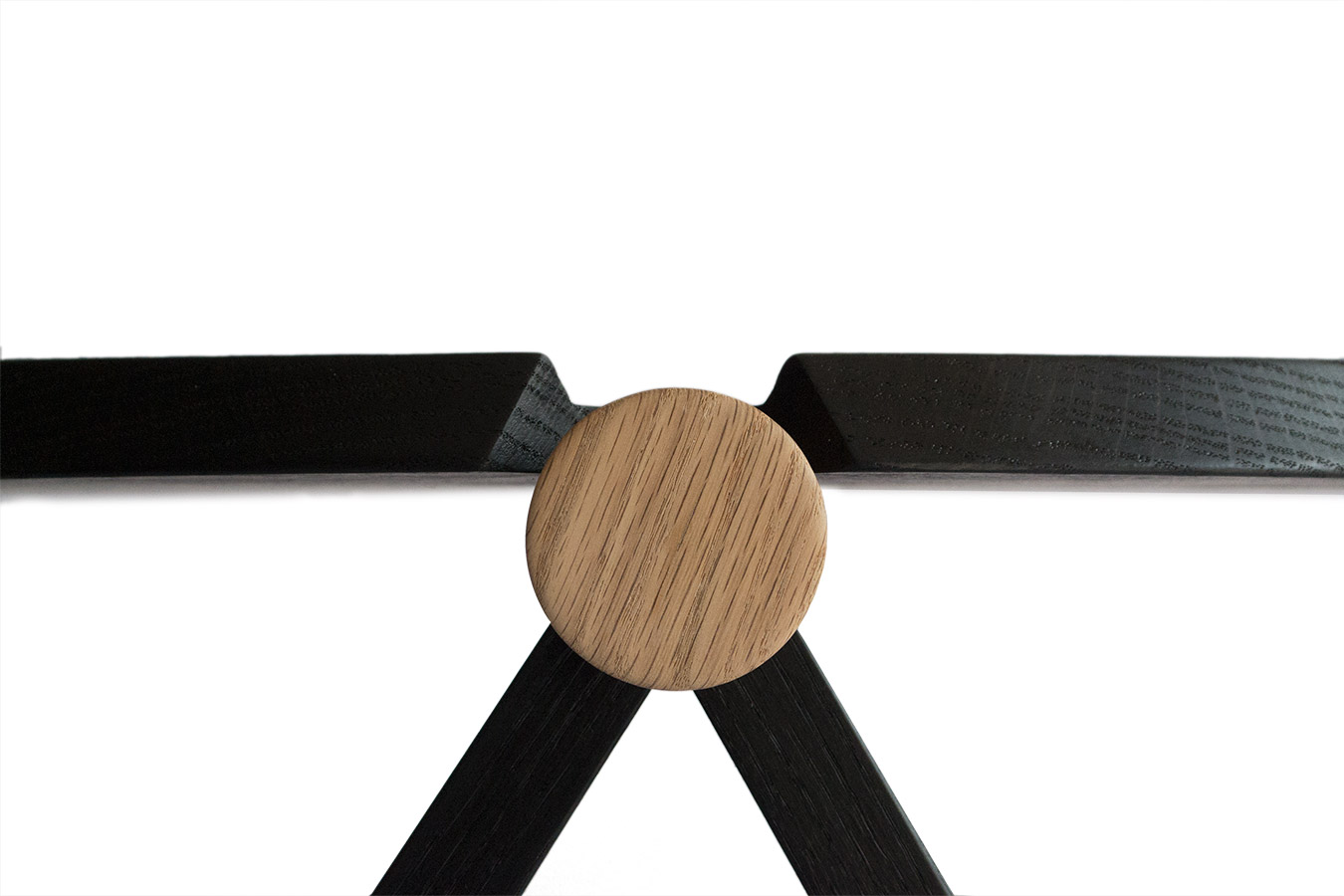 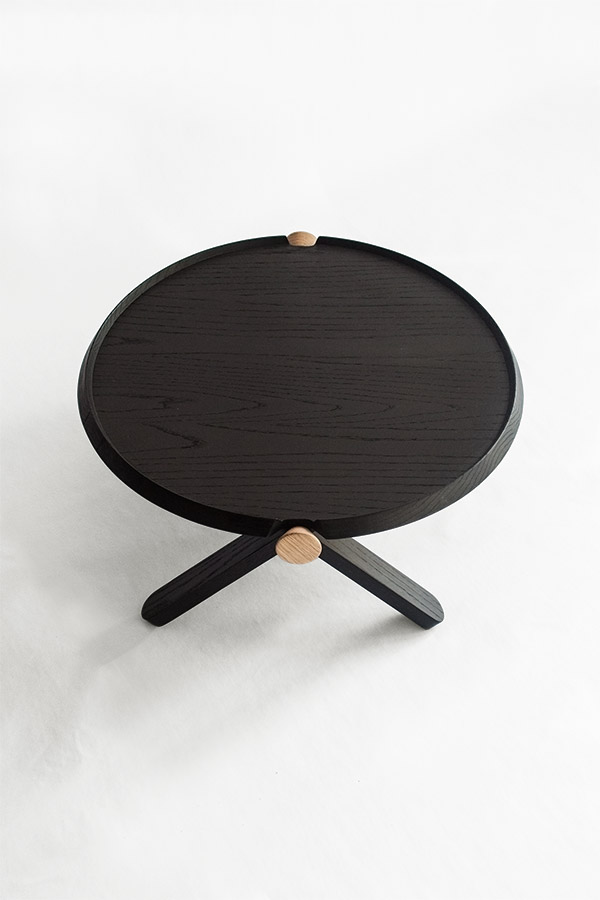 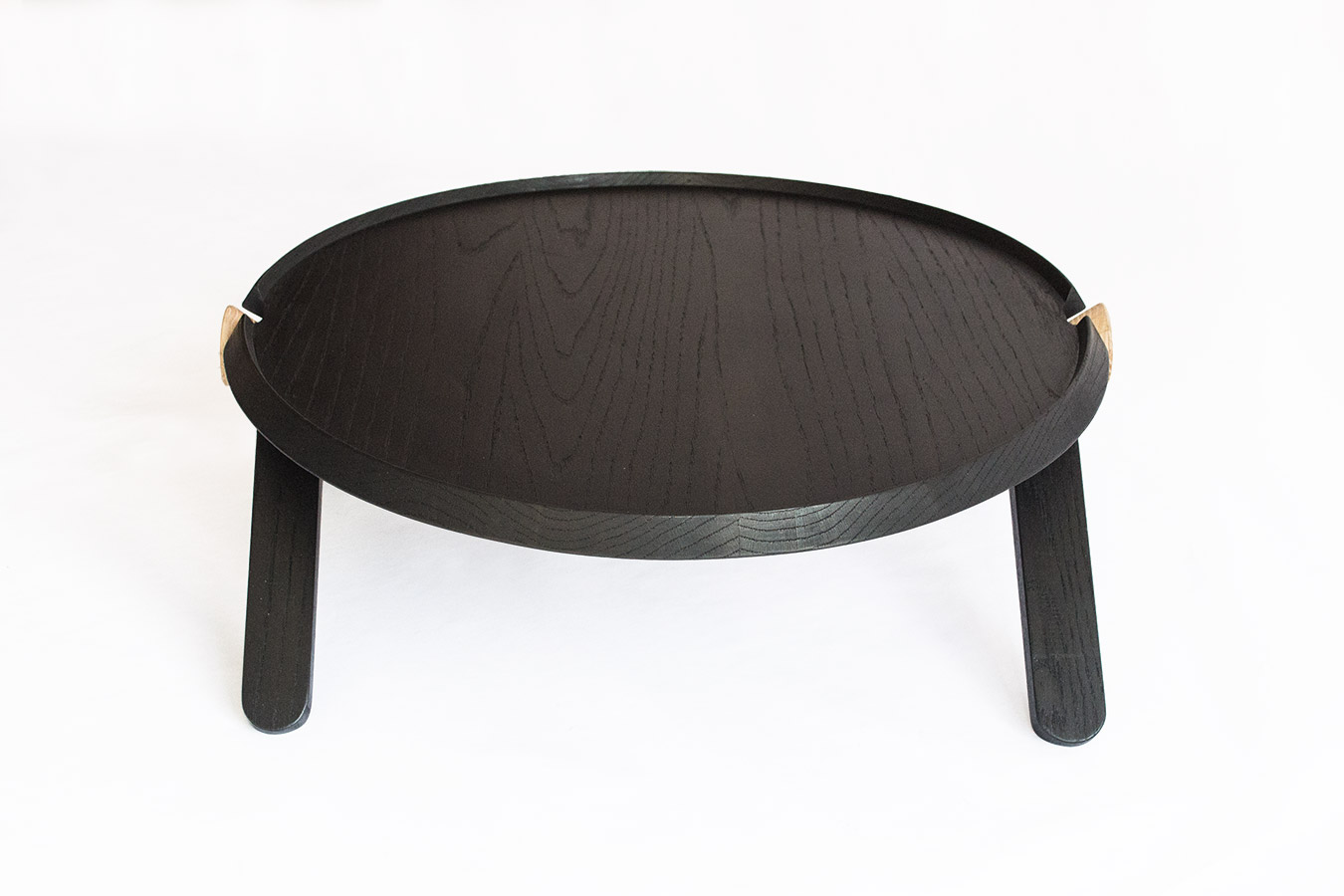 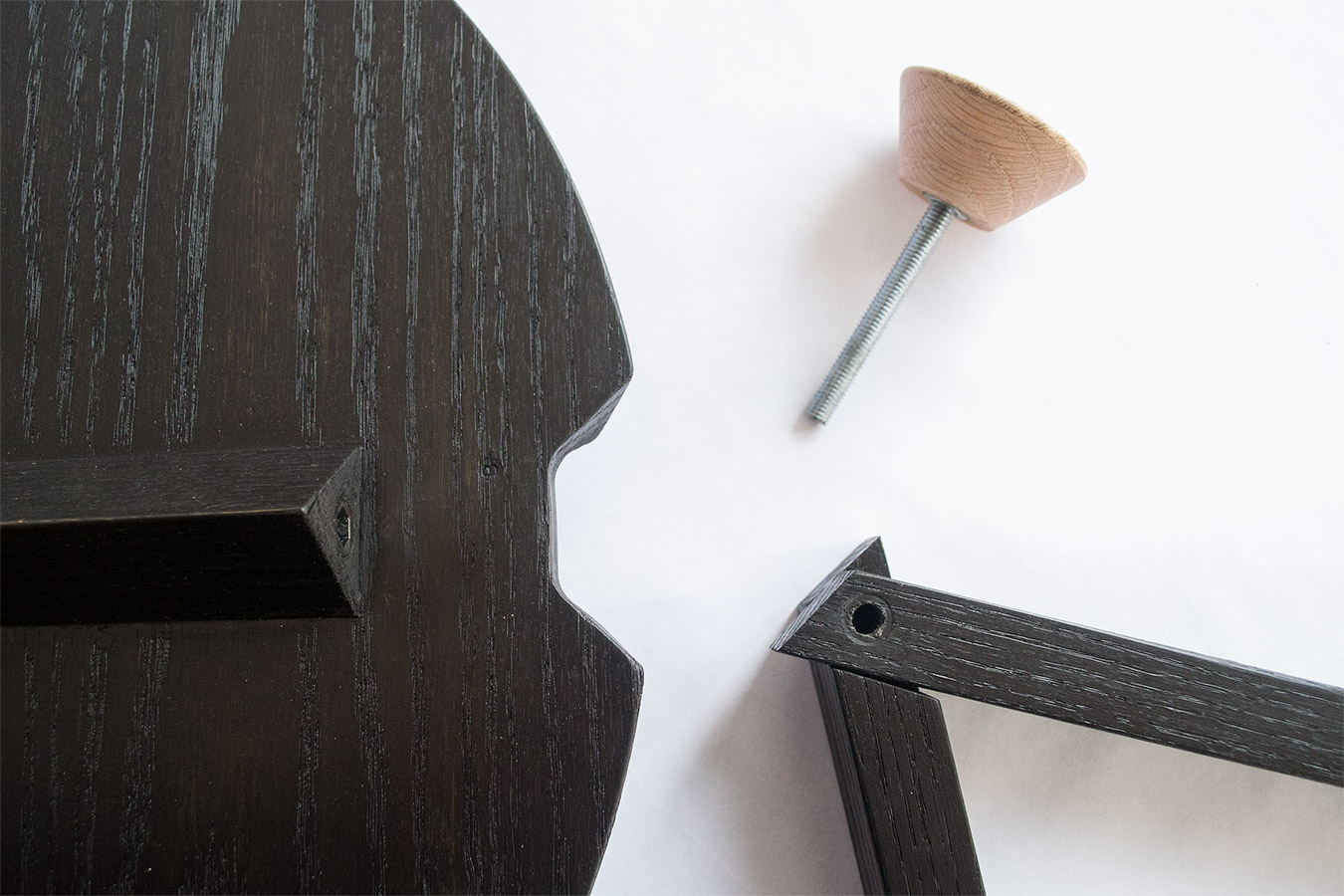 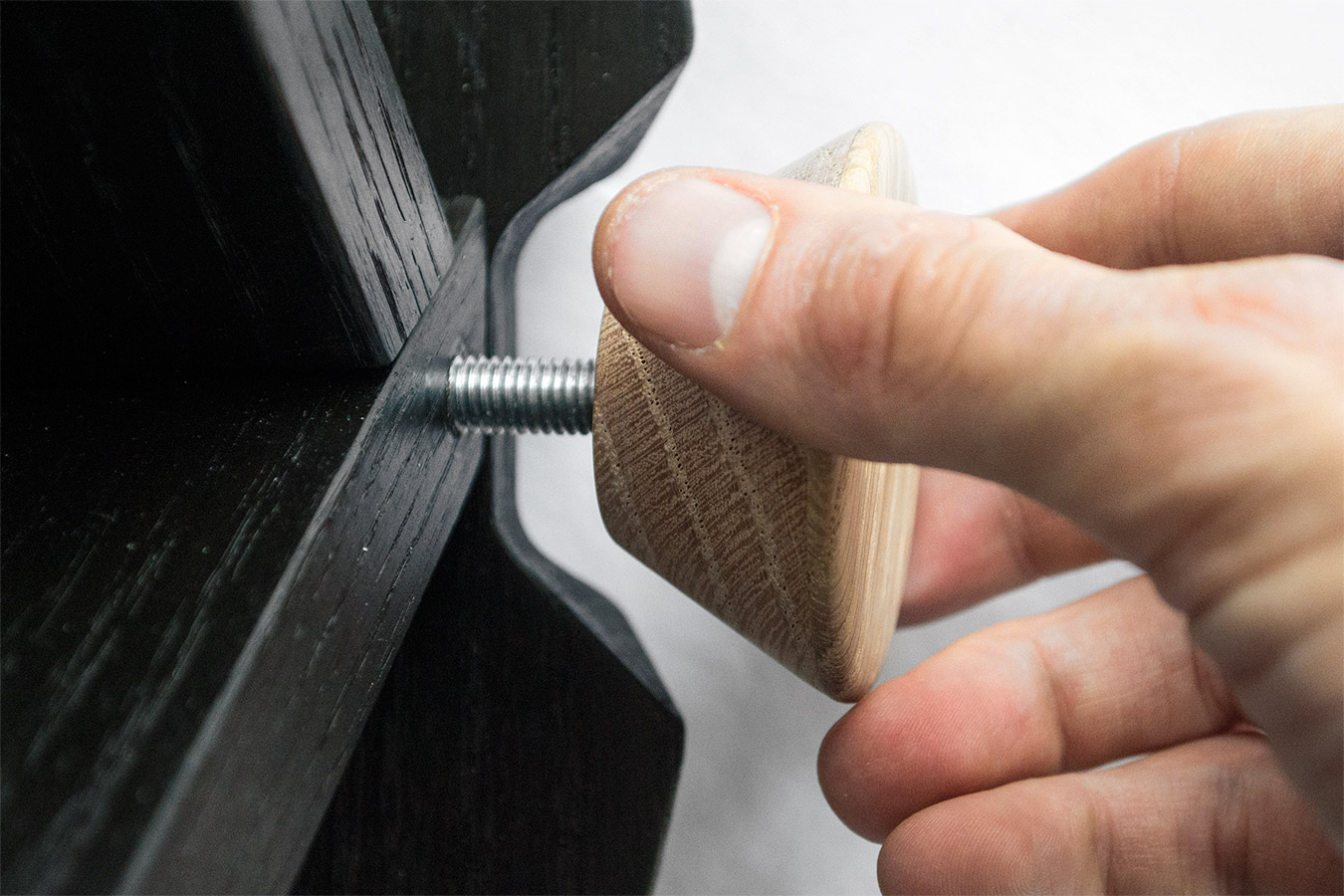 On Sale at Rinascente department store in Piazza Duomo in Milan

The fulcrum of these two coffee tables are the wooden turned knobs, placed on the circumference of the plans to the two opposite ends. They are the key elements of tables statics and mechanics and their drawing attracts the viewer’s eye.
The elements of the trestle structure are easily divisible and transportable: the legs are separated from the frame and the knobs are the grip of the screws that hold together the different parts.
The four legs, joined two by two, are provided with a special joint that contrasts its own rotary moment with the equal and opposite thrust to the corresponding leg.
IThe plan is supplied with a triangular section lower dorsal having twofold function: it provides the seat for the sleeves of the four legs screwing pins and stiffens and counteracts the bending forces that the plan generates because of the material it is made with (wood solid) and its section (excavated in the middle).
The plan circularity is interrupted by two indentations close to the knobs: it shows the profile section which runs along the entire circumference.
They are made of solid oak wood, painted with black primer and satin natural effect finish.
Knobs are treated with vegetable oil.