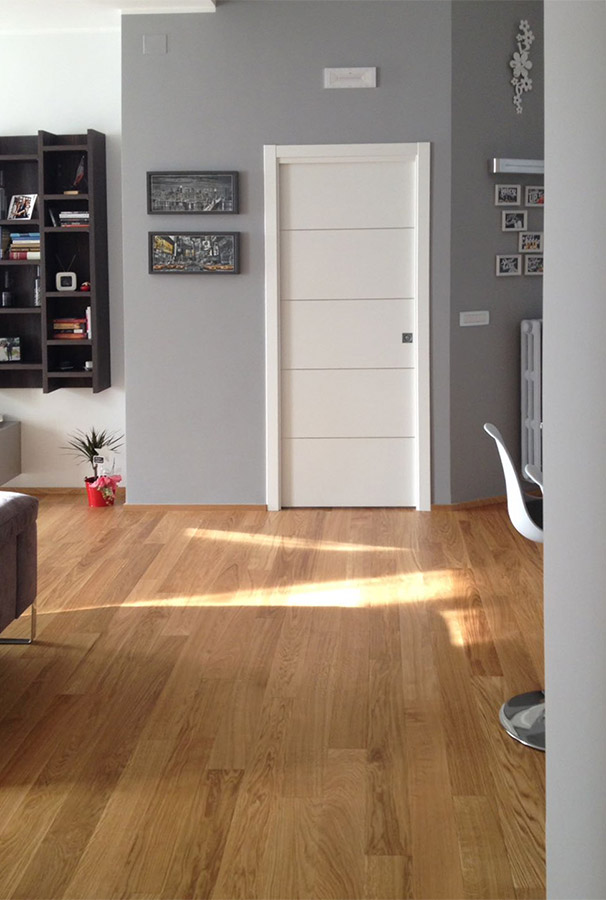 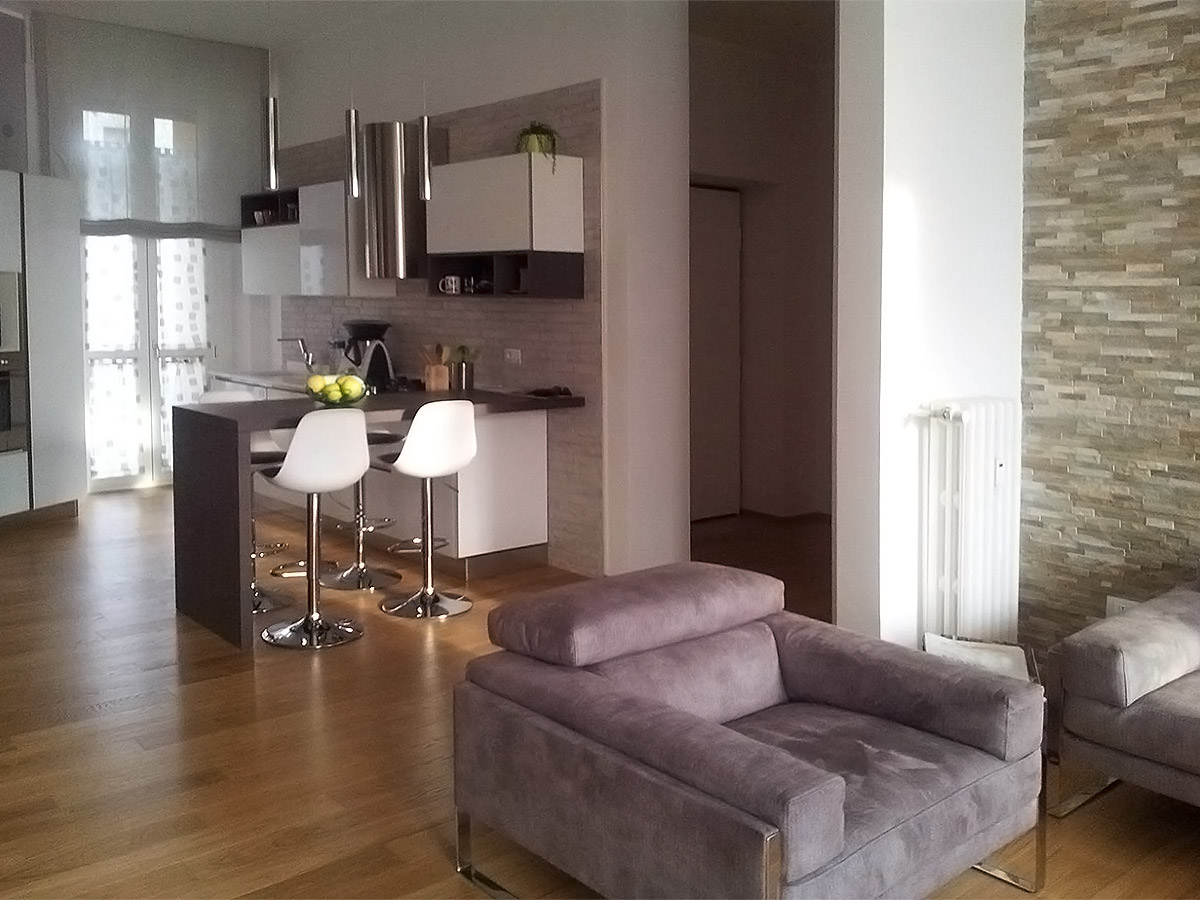 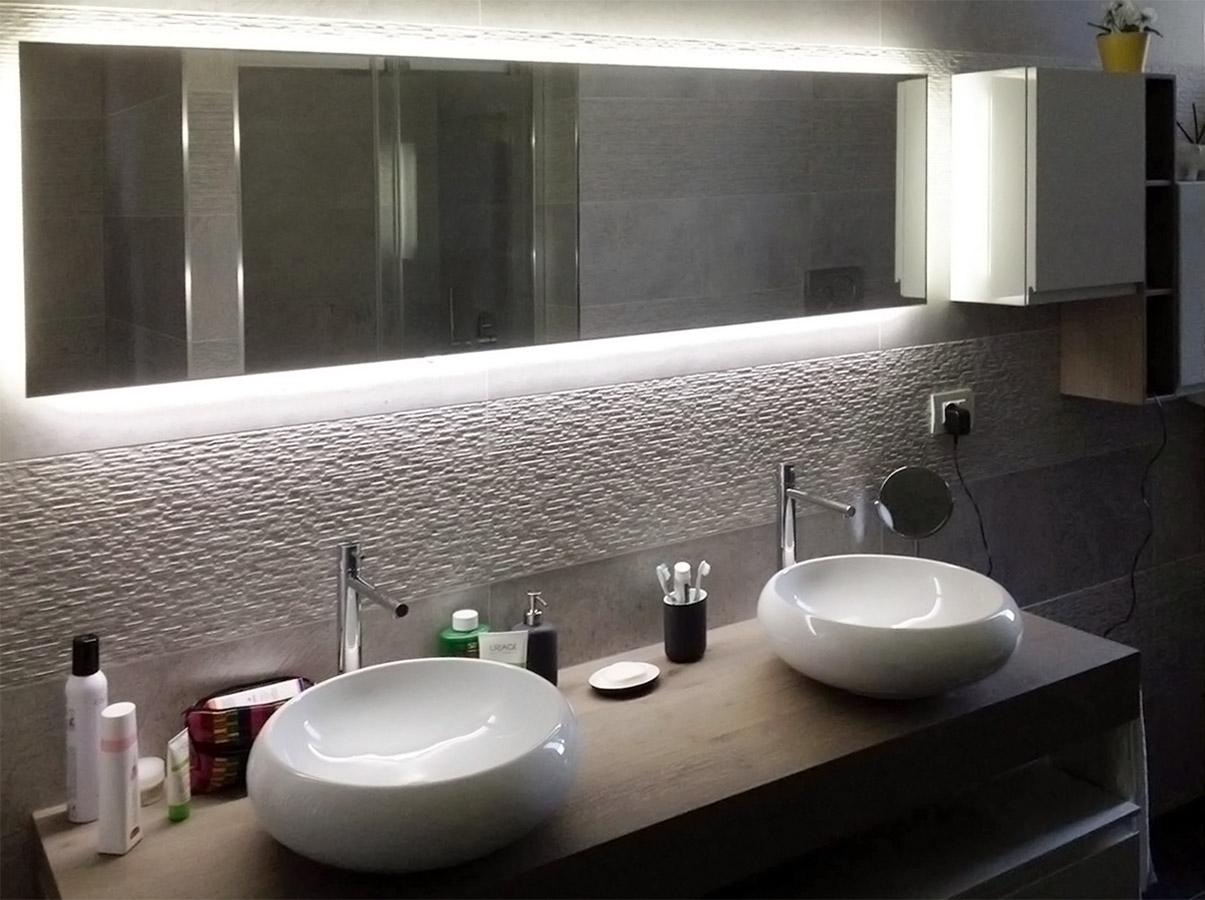 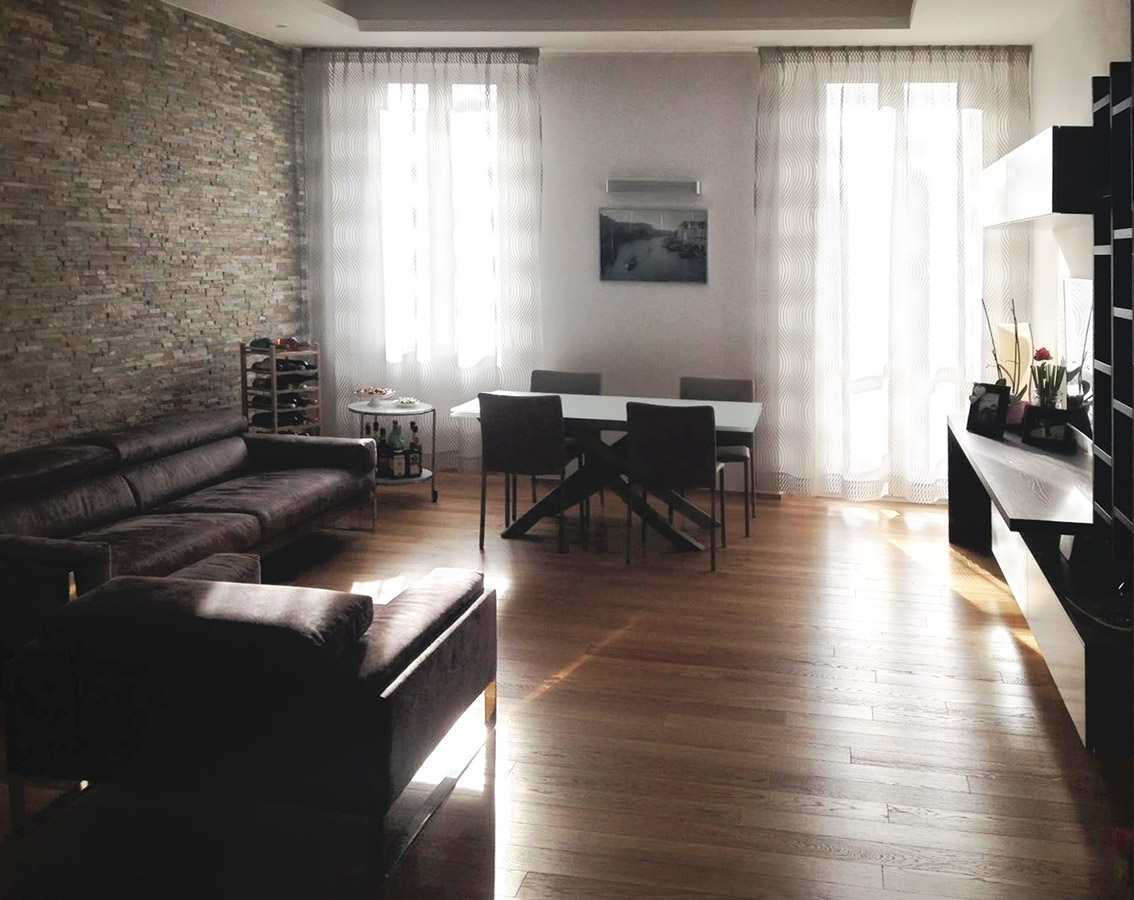 Apartment in Washington area in Milan

Renovation of a 100sqm apartment.
Two walls were demolished, one hallway has been eliminated and two different rooms, the living room and the kitchen were combined to create a large open space.
A second bathroom was realized and, in the first one, it was created a niche for the shower.
In the hallway between the bedrooms, the ceiling was lowered to create a large storage room. It is possible to access to this utility room with more than one opening above the doors of the rooms.